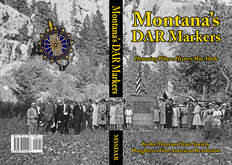 Read about all the tributes to history placed across Montana by MSSDAR
*  The Montana State Society was organized in 1894,  five  years after Montana achieved  statehood.

*  The National Board appointed Mary Wasson the State Regent on May 9, 1894.  Mrs. Jennie Tallant of Butte was to serve as organizing regent for a chapter in  Butte.

*  The first state-wide project of the MSSDAR was the preservation and restoration  of one of the oldest buildings in Montana, a block house at old  Fort Benton.

*  The first Montana State Conference was held in Butte on December 17, 1904, at the home of the State Regent, Mrs. Tallant.

*  At the 16th State Conference, a scholarship  program was established in Montana which continues  today as the Traveling Scholarship.

*  It was the 21st State Conference before the  State Society entertained a President General.

*  Mrs. Bessie  Andrews Rasmusson, State  Regent 1927-1928, purchased the first State Regent pin to “travel” with each State Regent and then on to the incoming Regent. The 13 colony cabachon Insignia on the State Regent's ribbon today was purchased by the State Society from Hamilton Insignia, and Mrs. Iverna Huntsman had the honor to wear it during her first term as State Regent 2002-2004. The State Centennial pin was a 2007 gift from Mrs. Iverna Huntsman. The Benefactor pin was purchased by Mrs. Peggy Salitros, Mrs. Catherine Lane and Ms. Jane Hamman during her term as State Regent, 2010-2012. State Regent Leigh Haislip Spencer, 2019-2022, purchased the Pathway to Patriots green gemstone pin (30 members contributed in honor of Patriot Jonathan Logan), and the State Society received the VanBuren Patriot Level "Rise and Shine" red gemstone Benefactor pin as a gift for the State's contribution to the President General's Next Act project to renovate Constitution Hall and the Montana Box (box 45).

*  The Montana State Society DAR was organized in 1894 and recently celebrated it's 125th year of service! We are ten Chapters with over 600 women who proudly call ourselves Daughters while carrying out the mission of the National Society — right here at home. 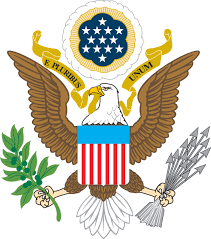 The U.S. Motto is E Pluribus Unum, Latin for "out of many, one" which appears on coins, currency, and many of our buildings and monuments. It refers to forming a cohesive single nation as the 13 colonies joined together, as the sovereign states ratified a more perfect union under the United States Constitution, and as patriots came from around the world to live together as citizens in a spirit of American independence and freedom.

Web  hyperlinks to non-DAR sites are not the responsibility of the NSDAR, the state  organizations, or individual DAR chapters.

The DAR Insignia is the property of, and is copyrighted by, the National Society of the Daughters of the American Revolution.